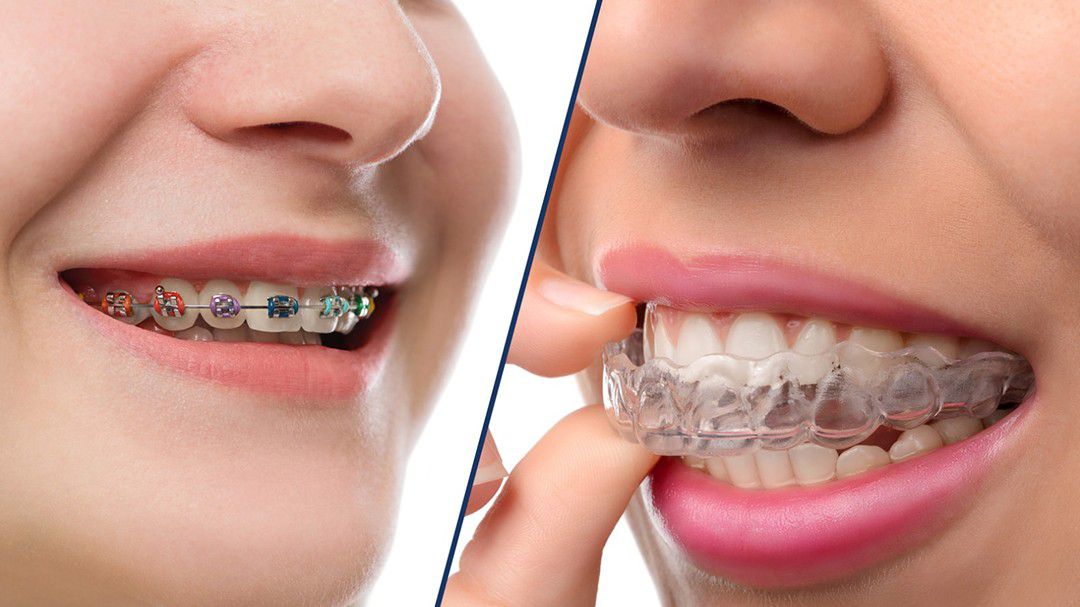 What are the alternatives to braces for straightening my teeth?

The face of orthodontics has forever changed with the advent of Invisalign. Invisalign’s trailblazing clear brace technology captured the imagination of orthodontic patients in the early 2000s. Paving the way for other clear aligner systems, it burned an entirely new discussion topic into mainstream consciousness: What are the alternatives to braces that can straighten my smile?

Fast forward to present, we have more choices than ever to give a response, not to mention straighten that wonky smile that’s been causing some grief in front of the mirror.

While traditional braces are still considered the de facto standard for orthodontic treatments, there is indeed no lack of modern alternatives. In this article, we’ll take a look at some of the contenders to see how they stack up with Invisalign – the original clear brace technology – as well as comparing them with traditional braces.

Both Invisalign and ClearCorrect treatments follow a similar process, beginning with the fabrication of custom-made aligner trays. At the treatment outset, the patient is presented with a set of aligners, the number of which depends on the severity of the alignment problem. For optimum results, each transparent aligner is worn on the patient’s teeth for about 22 hours a day before being replaced approximately every 2 weeks until the entire set is used.

While they may sound like peas in a pod, crucial differences exist. For starters, the thinner material used in ClearCorrect aligners means that they are less visible but not as robust or durable as Invisalign aligners.

The difference becomes starker following Invisalign’s introduction of SmartTrack. The thermoplastic material not only offers a gentler and more comfortable in-mouth experience, its patented design borne of 8 years of extensive research and rigorous tests, helps to speed up the treatment time while enhancing both tooth movement control and predictability of treatment outcomes.

As far as relying on clear trays to straighten teeth, the two systems are similar. However, they differ in the way their treatment plans are being developed and delivered. Unlike both Invisalign and ClearCorrect, Smile Direct Club utilizes a completely virtual communication system, meaning you will have no access to a human dental professional throughout the treatment process.

That also means patients are required to follow a video tutorial in order to take impression moulds of their own teeth. Given that the entire treatment plan is formulated on the basis of how accurate the moulds are, placing such a big job (with a high margin of error) in the hands of untrained customers is tricky to say the least.

One upside for Smile Direct Club’s virtual process is the reduced treatment cost, which is great when everything goes to plan. However, should the unforeseen occur – say, an aligner goes missing or gets stuck – can a virtual chat help?

Traditional braces still do a great job of aligning your teeth but you will have to deal with wearing brackets and wires that are eye catching for the wrong reasons. Conversely, modern orthodontics like Invisalign, ClearCorrect and Smile Direct Club deliver a more discreet teeth-straightening process with their virtually invisible aligners.

The smooth plastic custom-made trays also make for a more comfortable fit, simply because they do no poke at the soft tissue walls of your mouth the way wires and brackets do.

Finally, modern aligner-type treatments – like Invisalign – typically involve shorter time frames compared to those using metal braces. In many cases, you can actually look forward to a straight smile in only a matter of months!

Looking for an alternative to metal braces? Our friendly and experienced team at North Sydney Dental Practice is here to assist.

To let us help you find the best treatment option that is tailored to your individual needs, wants and budget, give us a call at 02 8074 5386.